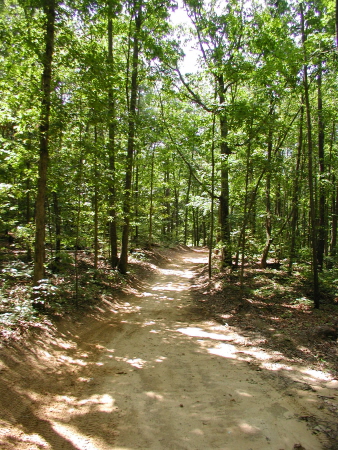 My very favorite song to hear when I am trail running is a Bluegrass number called “Carry Me Across the Mountain.” I won’t bore you with all the lyrics, but the premise is that the baby is sick and the doctor lives on the other side of the mountain. The guy singing needs to run for help and is asking God to give him the strength and stamina he needs. I guess it is pretty obvious why I love it; only a sociopath would be able to keep from speeding up during that song.

I probably seem like an unlikely candidate to be a Bluegrass fan. I grew up on The Beatles, folk music and classic rock with a sprinkling of Motown. When I was old enough to buy my own albums I was torn between loving to dance and wanting to be cool (which in those days meant hard rock.) Later I morphed into a punkette, and from there it just got . . . complicated. Today I have a collection of music that is diverse, but if forced to name one artist that best reflects my musical sensibility, I would say “Beck.” I’d pick Beck because he is all over the map with some similar roots, and he loves to use a variety of instruments.

Somewhere along the line I started listening to more and more Bluegrass and found it is my favorite music for trail running. It just feels right to listen to banjo picking and fiddles while on a trail. It sounds like trail running to me. Many songs are really fast which always makes me think “If this guy can pick a banjo this fast, I can pick up my feet a little faster.”