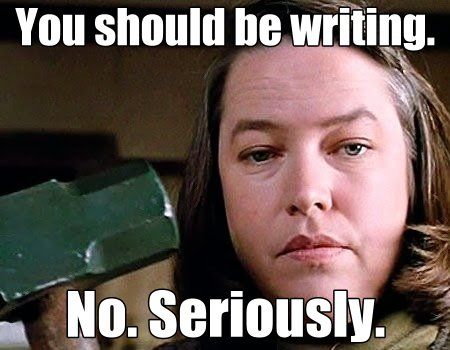 This morning, as I walked out to my car at 6:30 a.m., I noticed a  clean sheet of paper on the ground with the heading, “My Life Ends!!!!!” followed by closely packed font I could not make out in the predawn light. I took a few steps past the litter, then stopped and went back and retrieved it, sure that I had just found someone’s suicide note, or maybe just a drunken’ cry for help.

I thought about this as I walked to my car, the poor soul who wrote this and why it was left on the sidewalk for me to find, surely God or the universe meant me to find it. I felt the heavy burden of this daunting task, in addition to all my other challenges of the day. An early morning intervention. Who could it be? Was the letter dropped accidentally, or intentionally? I pondered these things, as I got in my car and turned on the car light to read this ominous piece of writing.

“I wake up after the fight with Pterodactyl Poop laying down in the park wearing a jacket zipped up over my head with no pants. I still have my boxers, but my pants are in the duck pond.”

Whew. I immediately recognize this character ‘Pterodactyl Poop’ as a character from the recent story writing of my 11-year old son. Not a suicide note. He must have dropped it.

‘Pterodactyl Poop’ is an eccentric mentally challenged character who lives in his mom’s basement and erroneously believes he has telekinetic powers. He has a long beard and dreadlocks and puts his fingertips to his temples whenever he is in conflict, which is often. I guess he got in a bad fight and lost his pants.

How the hell does my kid come up with this stuff? We live in California. No one he’s ever met even has a basement.